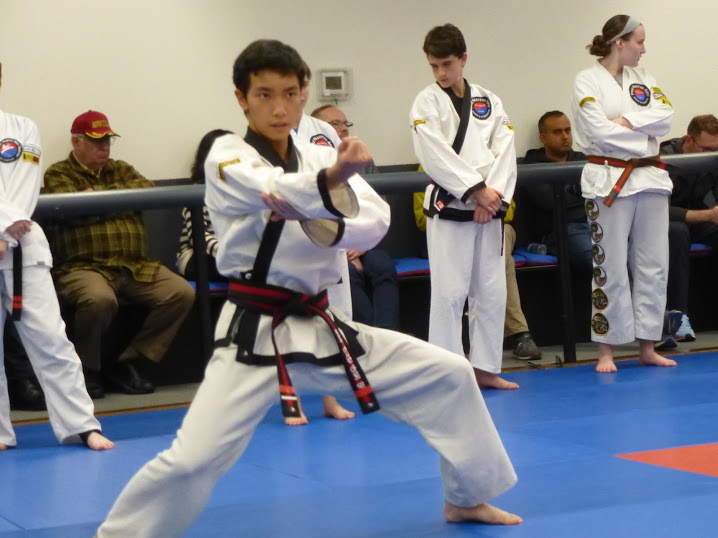 For high school junior Richard Nguyen, afternoons spent demonstrating kicks to young students as a Taekwondo youth instructor are now spent scooping ice cream at his second job at Baskin Robbins. “I am taking quarantine as a break from teaching since before [quarantine], I taught upwards of four classes a week,” he says. As for virtual events, Richard may opt to start hosting some online one-to-one classes if quarantine extends just to keep in contact with students – “whom I do miss,” he adds – and to check up on progress or answer any questions.

Aside from teaching Taekwondo classes at True Martial Arts School in Redmond, Richard was also taking group classes up to three times a week prior to quarantine. Due to Governor Jay Inslee’s stay-at-home order, Richard’s practice has become completely independent now. “I am no longer confined to certain class times and I practice things such as form and self-defense alone. My school does offer a weekly class on Zoom, but I have found that it is not really effective.” He sighs about how the limited camera angle and video lag prevents an instructor from properly demonstrating and correcting technique. Additionally, many students don’t have enough space to train effectively at home. “A lot of activities need partners or groups,” he adds, which is difficult to organize online.

Richard says it is very feasible to train independently, given the right resources or background: as a second-degree black belt, he considers himself experienced enough to train and correct himself. “However, students of lower rank still need support – hence the online classes. But there are exercises that, without a certain level of maturity, aren’t possible to do alone, such as some self-defense drills or sparring.” Even with these limitations on training, he hopes students will try their best to learn from video classes and look forward to when in-person instruction can begin again. 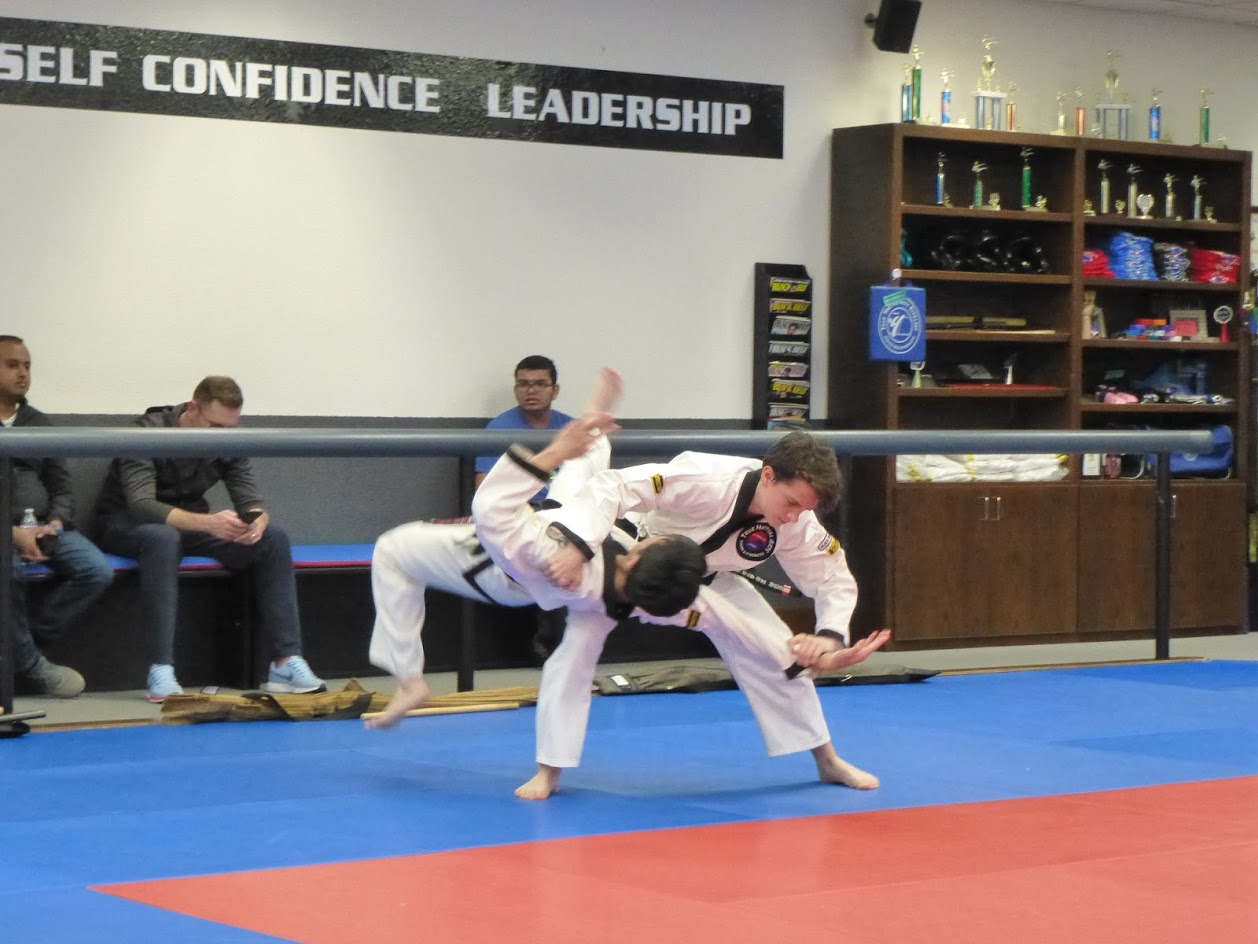 Richard engages in a street fighting contact drill with a fellow student (2018).

When asked about any major Taekwondo events that were cancelled for him, Richard shrugs. “We had an upcoming tournament in March. We were planning on moving that to June, but it isn’t certain. I don’t usually participate in tournaments, so I personally was not very impacted.” For Richard, the quarantine is a welcome break from all the stress of competing and teaching.

Aside from driving to his Baskin Robbins job, Richard has confined himself to his backyard. However, this has not stopped him from continuing to practice taekwondo, as well as trying out new activities to stay active such as yoga. He’s also found time for “hobbies I dropped a while ago, like piano and knitting.” As for staying motivated, Richard’s self-professed source of motivation is boredom: perfect for being productive right now.

We asked what’s been going on in Richard’s quarantine kitchen, much to his amusement. “I have made a lot of pies. I don’t have a set recipe; I just wing most of it because it’s pie and you can’t really mess that up.”

Richard is unsure about whether his life will completely return to normal after the pandemic ends. “It entirely depends on what I decide to do afterwards. As I have mentioned, I am taking quarantine as an opportunity to take a break from teaching. I still need time to decide how I want to proceed with teaching.”

His advice for anyone who may be struggling with their athletic training while staying at home is to set goals “that are attainable to your situation.” Though each athlete has their own unique goals, he encourages everyone not to lose hope and to follow a routine that is feasible in their situation and as relevant as possible to their personal objectives.

“I hope that this interview can help encourage other athletes to train at home regardless of circumstance, because chances are if you have just a bit of space you can improve your athletic ability.”

We don’t have parent or student permission to display photos of Richard teaching a class, but more information is available at True Martial Arts Redmond!

If you would like to connect with Seattle Empowering Athletes, or if you have your own story to share with us, please don’t hesitate to reach out.

We are a non-profit organization started by a group of student athletes based in the Seattle area. We created this blog to share their stories and tips for other athletes with the hopes of encouraging a community of resilience: we support our fellow athletes in banding together through tough times.